Home » Holiday » Sydney travel: A breathtaking bridge has me dancing on air 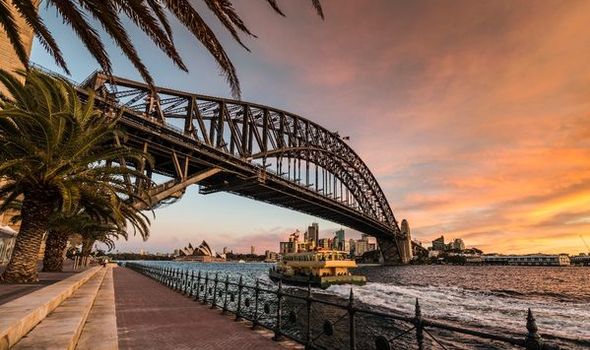 I’m gazing over the rooftops of skyscrapers, the sparkling harbour, the smiling, if slightly scary, giant clown face that looms over the entrance to the Luna Park amusement park, and of course the iconic Sydney Opera House.

The climb is not terribly difficult and our entertaining guide not only gave us interesting snippets about the bridge’s construction, we learned a little about the city’s history too. The bridge took seven years to build and was completed in 1930.Around 1,400 workers were used to construct one of the world’s most instantly recognisable structures.

Our guide took photos of us at the best vantage points – and even a short video of me doing the Charleston on the struts.

Back on terra firma, we headed back to my base, the Paramount House Hotel in Sydney’s up and coming Surry Hills area.The boutique hotel, with its copper-clad roof, is a former warehouse and is a fabulous mix of old and new styles.

There are brick walls, neon lights and a lift that feels as if you’ve stepped into a Barbie house – all pink and glitzy.The tastefullydecorated loft-style bedrooms feature wooden bathtubs, blackout blinds and super-soft linen sheets.

For down time, there’s the inhouse Golden Age cinema and bar, you can sip a cocktail and watch classic movies in beautiful art deco surroundings.

The Paramount Coffee Project is the place to pick up a coffee on your way out, or take a more leisurely breakfast on their roof terrace. 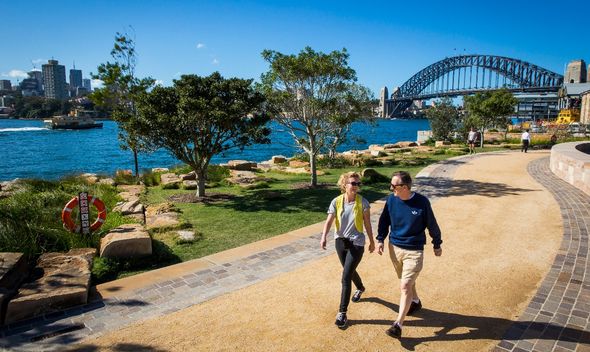 We had a memorable brunch at Cuckoo Callay, where dining on huge portions of avocado and eggs on toast and pimped-up mac and cheese burgers was just the thing as we sat in the morning sunshine.

Wanting to walk off our 2,000 calorie start to the day meant the coastal walk was a given. We began at pretty Bronte beach (home to the world’s oldest lifesaving club) following the coastline, passing adorable bays, secret rock pools, perfect beaches and sensational clifftop views.

We got our first glimpse of the famous Bondi Beach as we passed the Bondi Icebergs Club, with its beautiful outdoor swimming pool overlooking the ocean. In Bondi there is some great street art, and Campbell Parade has a selection of independent shops and cafes.

Grab an ice cream, sit on the beach and watch the surfers tackle the waves, and the famous red and yellow hatted lifeguards on patrol.

Finally, head to the northern end of the beach where you’ll find North Bondi Fish. The relaxed vibe of this beach-fronted restaurant is just what you want after a walk and the oysters with seaweed,Tasmanian scallops and crispy zucchini flowers were a particular hit. 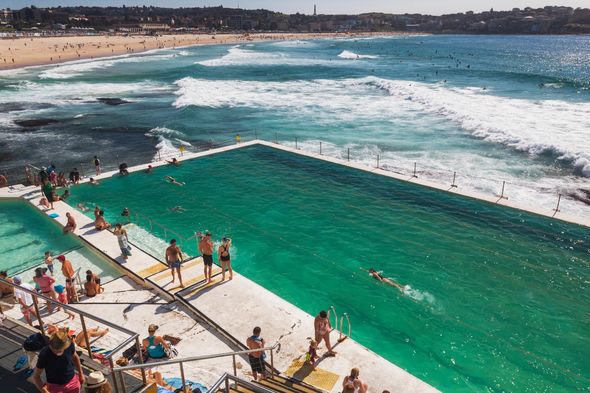 For a different take on Sydney I’d recommend a walking tour with the Culture Scouts. We took a tour through the Chippendale and Redfern areas, which at the beginning of the 20th century were characterised by slums, breweries and gangsters but are now known for architecture, contemporary art galleries and the food scene.

Nearby is Carriageworks Farmers Market, where artisan breads, newly-harvested honey, freshly-cut flowers and local farmers nestle alongside biodynamic wines and coffee trucks. For a more contemporary view of Sydney we headed towards Darling Harbour and the Barangaroo area. Once a bustling container ship terminal, Barangaroo Reserve has a landscaped park leading to a modern promenade with a vast selection of shops and restaurants.

We finished our day on the terrace of Banksii Vermouth Bar & Bistro, named after Sir Joseph Banks, the first English Botanist to document the plants and botanicals of Australia. Just another interesting piece of history in the make up of this buzzing and dynamic city.

Qantas flies from Heathrow to Sydney from £710 return. qantas.com Rooms at the Paramount House Hotel in Surry Hills, Sydney, start from £124 a night. paramounthousehotel.com More info at visitnsw.com; vividsydney.com; sydney.com

Sydney skips the lights fantastic VIVID Sydney is the largest interactive light display in the world according to Guinness World Records. 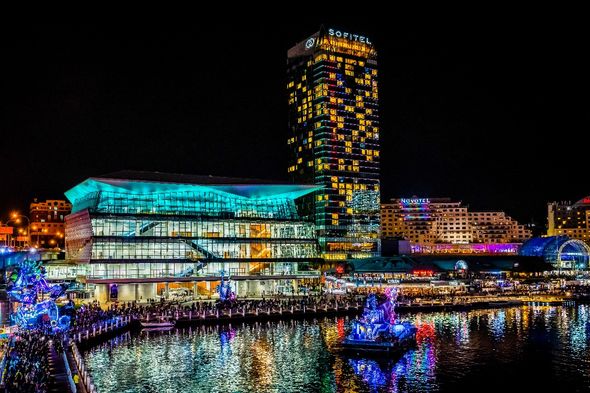 The next VIVID Festival will be in May 2021. For 23 days, Sydney is transformed.

Large-scale light installations and projections, contemporary and cutting edge music performances, talks, seminars and workshops, all come together to celebrate the city as a creative hub.

When I visited last year, there were floral projections onto the Opera House and harbour vessels changing colour as they passed under the illuminated bridge.

Walking about downtown, you could choose to take part interactive light displays, gaze up at colour changing cloud formations above your head, or simply lie down in the road (closed to traffic of course) and watch the history of Pixar cartoons unfold on the roof tunnels.

Every cultural building is illuminated. My favourite installation was part of the Light Walk that took me through the Royal Botanic Garden, where artists challenged the notion that you can’t improve on nature.

But when I saw hundreds of fireflies dancing across the gardens, I wasn’t sure that you could improve on nature – it was as if I was entering an enchanted world.