The government’s attempts to limit the damage caused by its controversial quarantine policy appear to be in some disarray.

After the health secretary said he had worked through the weekend on so-called “air bridges,” the Department for Transport (DfT) insisted that the no-quarantine concept is merely “an option under consideration, not established policy”.

Since 8 June, almost all arrivals at UK airports, ferry ports and international rail terminals have been required to go straight home and self-isolate for two weeks. The new rules apply to returning holidaymakers as well as foreign visitors.

Sharing the full story, not just the headlines

The percieved delayed response to the coronavirus pandemic has been criticised as counter-productive by some scientists, while the quarantine policy has been widely criticised by airlines and holiday companies for stifling summer bookings just as popular holiday destinations begin to unlock.

Tui, the UK’s biggest travel firm, has cancelled almost all its departures in July. The tour operator will initially run a skeleton network of holidays from Gatwick, Birmingham and Manchester to eight Greek and Spanish islands.

As British Airways, easyJet and Ryanair seek a judicial review of the new law, some ministers are keen to neutralise the policy with a system of “air bridges” or “travel corridors” – reciprocal no-quarantine deals signed with key destination countries.

But with only a week before many European nations lift restrictions on international arrivals, there is consternation in the travel industry over the lack of certainty – and the indefinite Foreign Office advice against all but essential overseas travel.

At the Downing Street briefing on Monday, the health secretary responded to a question about air bridges by saying: “I’ve been working on it over the weekend.”

Matt Hancock continued: “We have a formal review date of the quarantine policy at the end of this month on 29 June. We’ll make sure that in good time for that we publish what we plan to do next.

“We’re working on it very intensively.”

Many travel industry figures took Mr Hancock’s words as an indication that a list of countries will be published later this week.

But a DfT spokesperson said: “International travel corridors remain an option under consideration by the UK government, not established policy.

“Conversations take place regularly with governments around the world on a whole range of issues and we will not be providing any further details at this stage.”

“With the rest of Europe enjoying open borders and quarantine-free travel, Johnson must scrap this nonsense policy now and replace it with a targeted approach on the few countries around the world with higher Covid rates than us”.

“They are preventing the sector getting going again and threatening the loss of hundreds of thousands of jobs.”

Tui appears to be certain that Spain and Greece will be on any list of countries “immune” to quarantine, and that the Foreign Office advice will be eased to allow foreign holidays to commence from early July.

France, Portugal and Italy are also likely to be on the initial air bridge list.

But there is also concern in Whitehall that EU nations left out of the first round with a similarly low prevalence of infection may challenge “discriminatory” agreements.

Although the UK has left the EU, under the terms of the transition agreement it is still subject to European laws until the end of 2020.

A European Commission spokesman told the Daily Telegraph: “There can be no discrimination. This means that regions in similar health situations around Europe should benefit from the same treatment.

“We would therefore expect that if the UK decides to lift its restrictions for movement to and from another member state, or a specific area through air bridges, this should apply to all parts of the [European] Union in a similar epidemiological situation.”

The Foreign Office is also concerned about causing diplomatic offence to non-EU countries such as Turkey, Egypt, Tunisia and Morocco if they are omitted from the list. Other nations such as Switzerland and Iceland, with significant business travel, may also be aggrieved if they are left out in the cold.

The DfT spokesperson said: “Our focus is implementing measures which help tackle the spread of the disease and protect public health. The government is continuing to consider the travel corridors concept as a possible way of relaxing border measures and increasing travel once it is safe to do so.

“We are monitoring the global travel situation closely and keeping our advice against all non-essential travel under continuous review.” 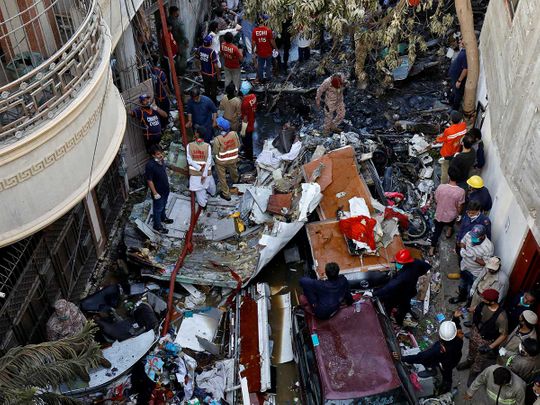 The report says that the crash was due to the negligence of both the cockpit crew as well as the air control tower — and not because of any technical fault.

There was apparently no technical fault in the aircraft, said the preliminary investigation report submitted to the Aviation Division in a high-level meeting on Monday.

PIA flight PK8303, carrying 99 people including eight crew members, crashed in to a populated residential area near Karachi’s Jinnah International Airport on May 22 while it was making its second attempt to land. Two people survived the crash while 97 passengers lost their lives.

Meanwhile, giving a policy statement in the National Assembly of Pakistan on Monday, Minister for Aviation Ghulam Sarwar Khan said the interim report, as per the commitment, has been compiled within a period of one month after the tragedy took place on May 22. “The report is absolutely ready … we have received it and also discussed with the Prime Minister Imran Khan,” he said. He said that he would present the report in the National Assembly session on Wednesday.

A day after the incident, the Civil Aviation Authority (CAA) had notified an investigation team headed by its Aircraft Accident and Investigation Board (AAIB) President Air Commodore Usman Ghani, reported The Express Tribune.

On Monday, Air Commodore Ghani gave a detailed briefing to the Aviation Division officials. According to the report, the CAA officials, the cockpit crew, the control tower and the air traffic control repeatedly made mistakes. Sources privy to the document said the aircraft’s black box has so far not indicated the possibility of any technical fault.

However, a senior aviation official told Gulf News from Karachi that the provincial report has many loopholes and the facts would be clear only after the detailed report which would be released only after the decoding the black box, which has already been taken to France by the French Investigation Team. It may takes months to compile the final report.

Initial investigation has revealed that multiple standard operating procedures (SOPs) were violated both, by the cockpit crew of the ill-fated Airbus A320 and the ATC. Apparently, warning signals and alarms in the cockpit of the Airbus A320 were ignored, which eventually led to the disaster.

The aircraft was flying way beyond the standard safe landing speed and altitude while it was as close as just four nautical miles from the landing strip of Karachi Airport and the Aerodrome Controller failed to check and raise an alarm over the non-deployment of the landing gear, which led to a near-disastrous first attempt to land, experts said.

The provisional report also said both the speed and the altitude of the aircraft was more than the recommended parameters when the pilot tried first landing. In the first landing, the aircraft touched the ground at the middle of 9,000 meter long runway.

The pilot also did not inform the control tower about jamming of the landing gears. It was also wrong decision on part of the pilot to attempt a second landing.

The plane stayed in the air for 17 minutes after the first landing attempt, a crucial time during which both the engines of the aircraft failed.

It said fragments of the PIA aircraft’s engine stayed on the runway for 12 hours but the air site unit did not collect them and later other aircraft were allowed to land on the runway. This was a violation of the standard operating procedure as it could case damaged to other aircraft. It said the aircraft’s first engine was installed on February 25, 2019 while its second engine was installed on May 27, 2019.

All three landing gears of the aircraft were installed on October 18, 2014. The fateful plane was 16-year-old and was manufactured in 2004. The plane was included in the PIA fleet in October 2014. 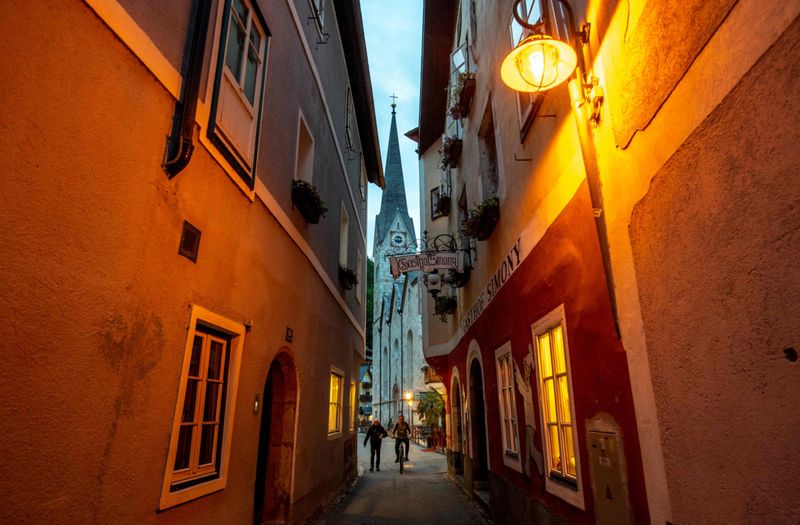 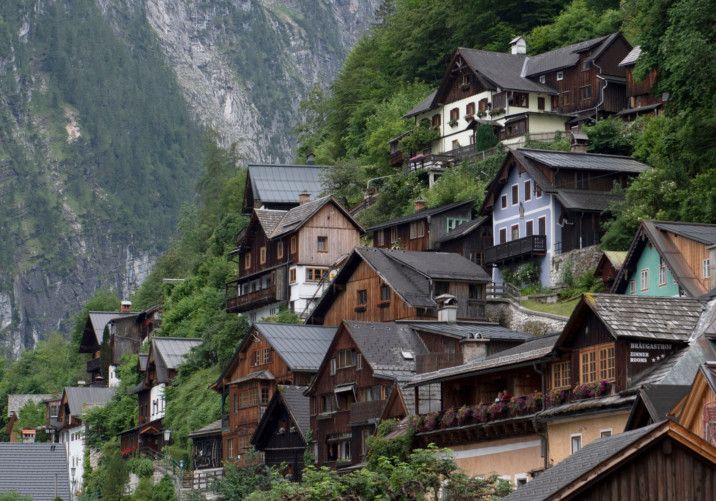 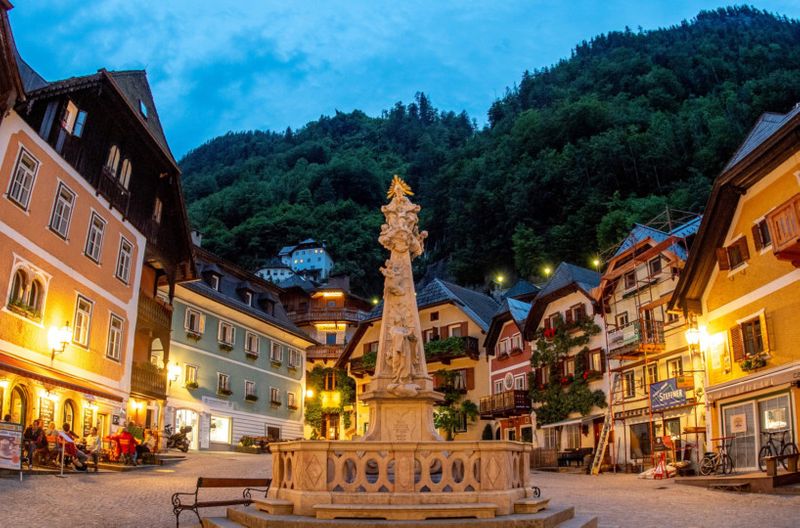 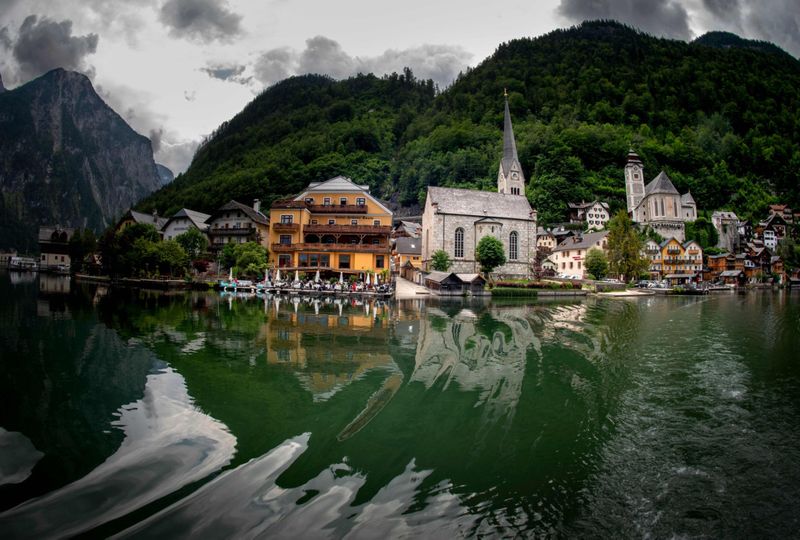 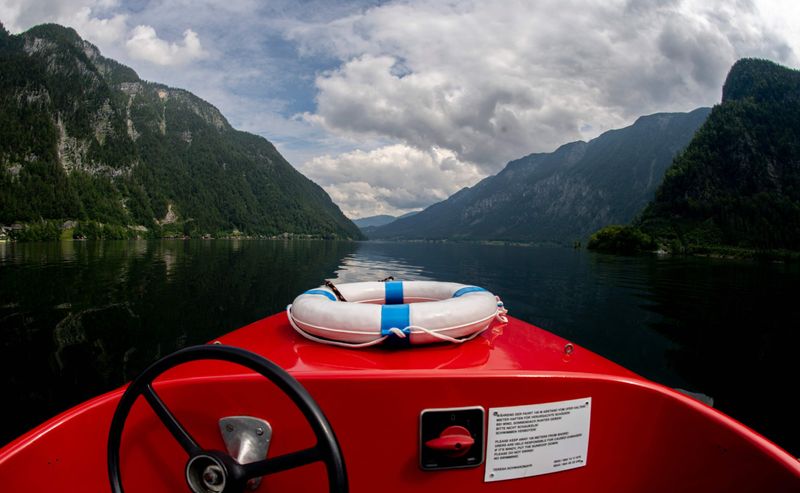 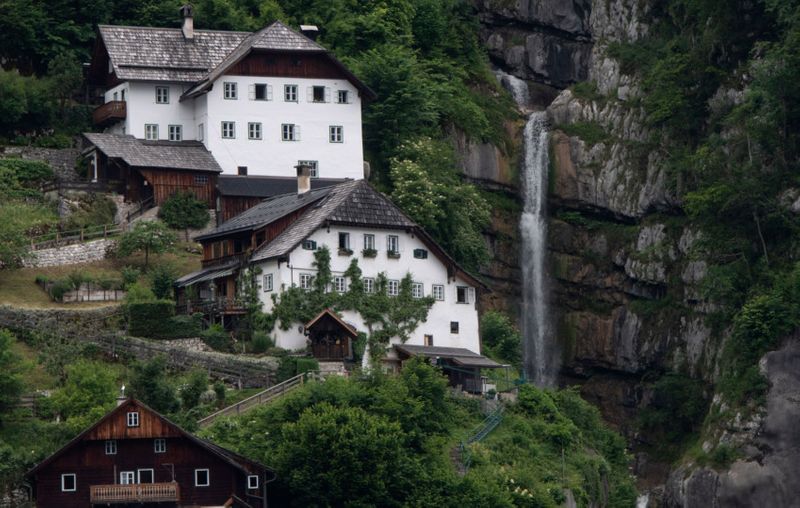 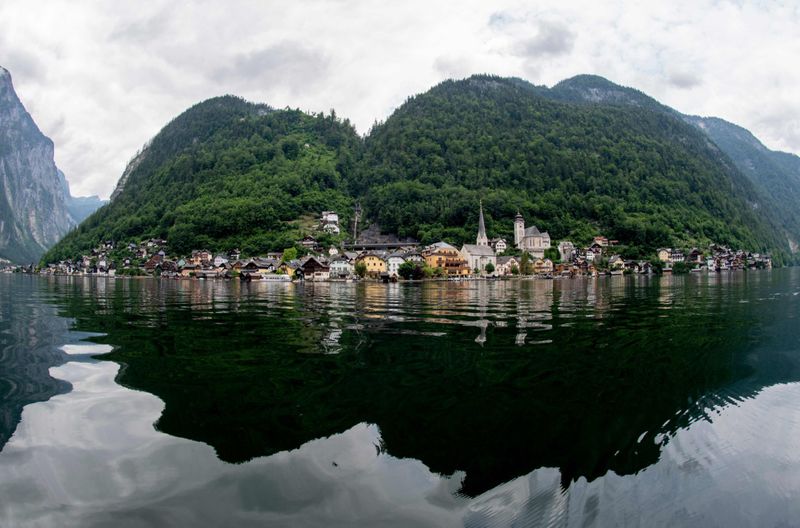 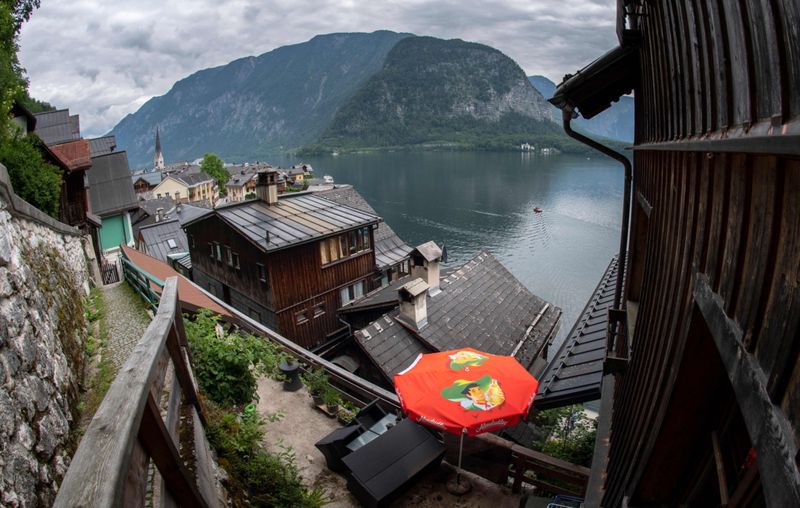 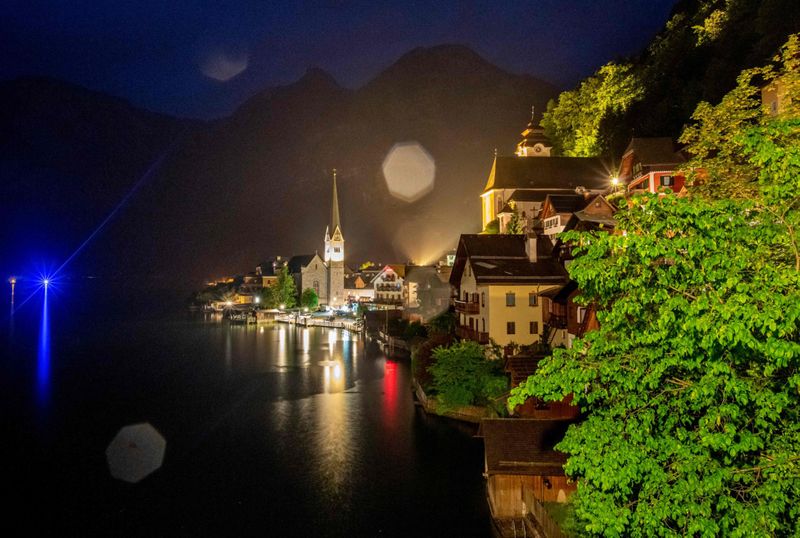 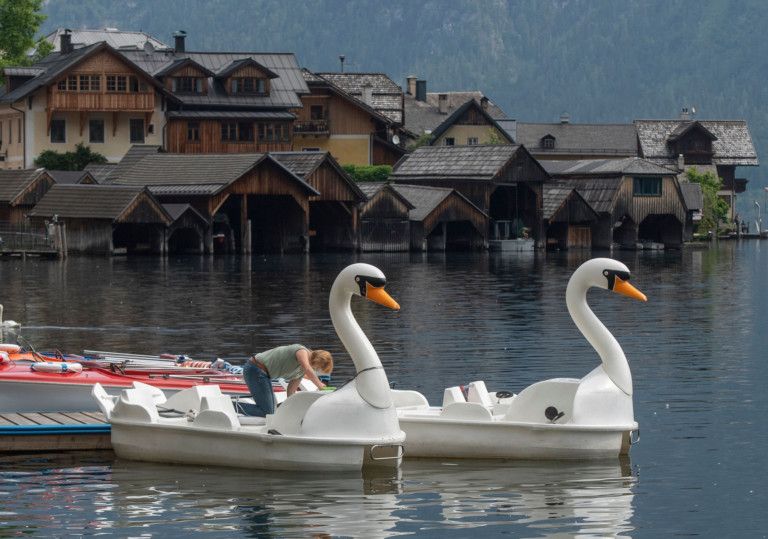 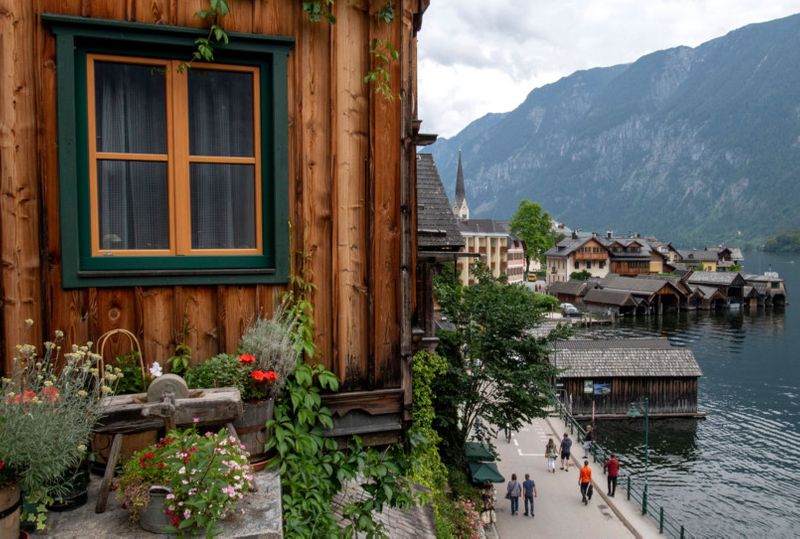 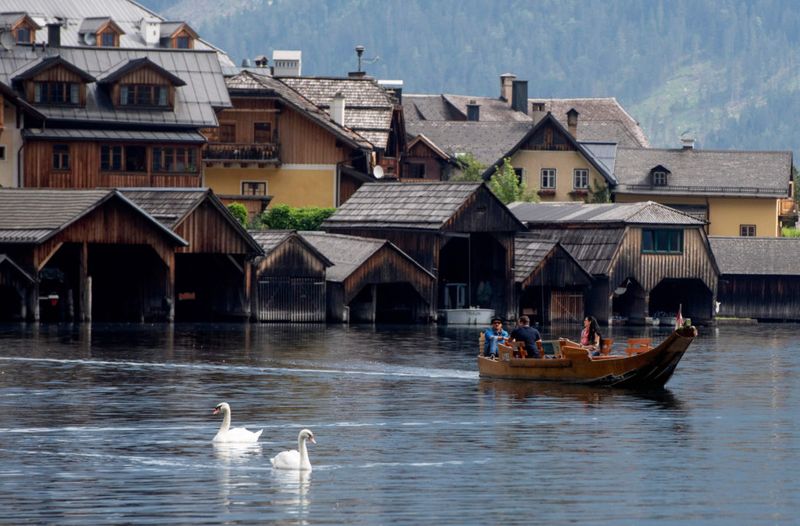 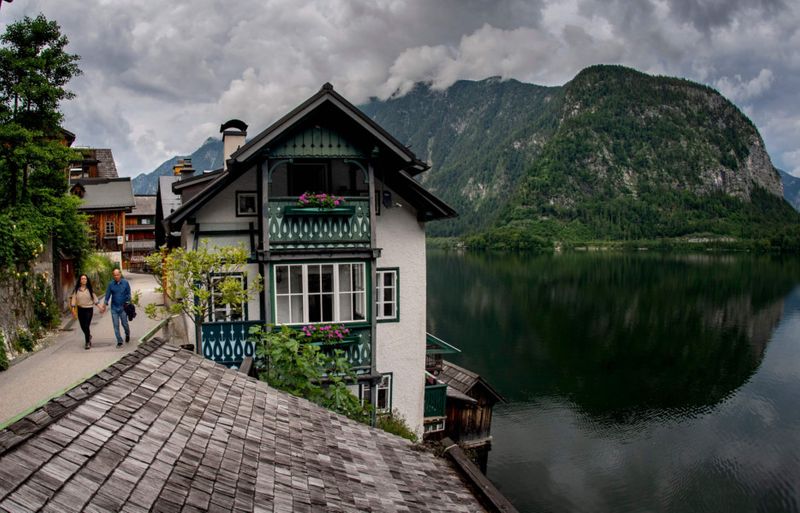