Home » Cruises » What The 2020 Summer Cruise Season Will Look Like

The summer cruise season should be well underway by now, with hundreds of thousands of passengers reveling in the sun, eating some of the best food they’ve ever tasted, and visiting amazing ports of call.

The global spread of the coronavirus pandemic changed all that, playing havoc with the entire industry, shutting down ships and causing financial hardship among virtually every cruise line.

After more than two months, there is some optimism as countries around the world begin the process of reopening their respective borders and economies. But cruising will change, to be sure.

Here’s what the 2020 summer cruise season will look like, and we’ll start with the all-important dates. The Centers For Disease Control (CDC) has a ‘no sail’ order that is in place until July 24 for any ship that carries more than 250 passengers in order to halt the spread of the disease.

In fact, American Cruise Lines is looking at a June 20 startup.

“That’s very much dependent on how the situation evolves over next few weeks. If the virus tapers off, we hope it will be the June 20 date. If the virus is still spreading, we’ll of course continue to suspend our operations,” American Cruise Lines president and CEO Charles Robertson said in an interview with TravelPulse’s Theresa Norton.

“It will definitely be a staged approach as we work with the ports and Coast Guard, and on complying with the general CDC order. We’re also dealing with public opinion. We want to gradually phase our operation back to full capacity, which will probably take a couple of months.”

American Queen Steamboat Company is looking to resume operating on June 22, 2020, with the American Duchess paddlewheeler, which has a passenger capacity of 166, a crew of 70 “and can operate with no restrictions,” the company said.

American Queen’s larger ships can reduce the capacity to fall under the 250-person limit.

“We’ll voluntarily make a nominal temporary modification to the certificated guest and crew allowances on the American Empress, which at capacity accommodates 221 guests and 88 crew,” John Waggoner, founder and CEO of American Queen, wrote in an email to TravelPulse. “We believe we can adequately meet our anticipated ridership, enhance social distancing on board and remain below the CDC’s 250-person onboard guideline articulated in the March 13 and April 9 CDC orders.”

There are a host of other small lines that will start to sail again over the next few weeks as well, but the majority of companies with the large ships are all targeting dates after the CDC no-sail order expires.

They target dates as of most recently reported include:

DISNEY – The Dream leaves on July 31, followed in the coming week by the Fantasy, Wonder and Magic.

HOLLAND AMERICA – All Alaska, Europe and Canada/New England cruises for summer and fall 2020 are canceled.

PRINCESS – Most cruises canceled through fall of 2020

ROYAL CARIBBEAN – August 1. Richard Fain, chairman and CEO of parent company Royal Caribbean Cruises Ltd., said that “As this virus continues to throw all of us for a loop, the good news is that we’re beginning to see the light at the end of the tunnel. We’re stronger than this virus and now it’s time to emerge gradually, thoughtfully and preparedly.”

SILVERSEA – Silversea will roll out its ships over the course of three months, starting with the Muse on July 16 and ending with the Wind on November 11. 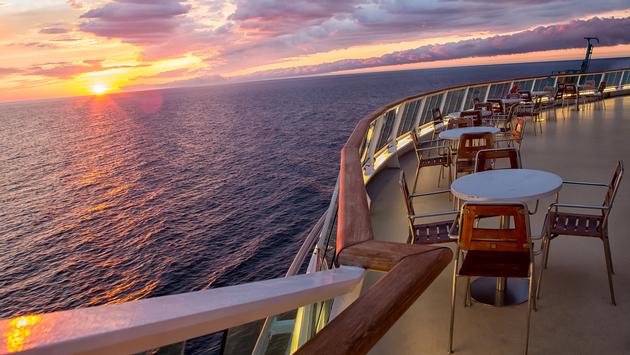 In addition, life aboard the ships will change from what you might remember.

Buffets, a staple of cruise life, will likely be altered. Royal Caribbean, for instance, said it would eliminate buffets altogether before backtracking and saying the presentation will change.

It’s also likely passengers will have to wear face masks in public areas.

President and CEO Frank Del Rio told Cruise Critic “My guess is early on there will be masks. Early on, there will be an emphasis on washing your hands, on social distancing.”

The demand for cruising will likely not be as robust when it begins, Del Rio added, so social distancing will be easier to do with fewer people onboard.

But it’s not keeping cruisers away.

Bookings shot through the roof when Carnival first announced its return sail dates, and most respondents to surveys said would not hesitate to get on a ship again even in the wake of increased health scrutiny.

“They will have to rethink how everything is laid out for all public spaces, how the shore excursions are done, enhance sanitation procedures, (introduce) more stringent efforts to screen passengers,” travel influencer Scott Eddy told CNBC.

CNBC noted that regular temperature checks expanded onboard medical centers, improved air filtration systems and mandatory “fit to travel” documents for older travelers could all become part of the package for future cruises.

Expect to see an enhanced effort to showcase cleanliness and safety throughout all ships. Cruise lines know that will be the top concern among guests.

It’s no secret the 2020 summer cruise season will be vastly different from years past, but that doesn’t mean it will be a lost one.

With target start dates for smaller ships set for late June and start dates in August for the larger ships, this summer will launch a new era for the cruise industry.

How will you take part in it?